This has some striking relevance to certain events at the beginning of Ghosts of Tharsis: Astronauts in Europe ask for their own independent crew spacecraft

In fact, Ivanka has a thought along these lines, just before…very bad things happen:

“While Europe is still at the forefront of many space endeavors, such as Earth observation, navigation, and space science, it is lagging in the increasingly strategic domains of space transportation and exploration,” the manifesto states. “Europe’s Gross Domestic Product is comparable to that of the United States’, but its joint investment in space exploration does not reach even one tenth of NASA’s.”

Russia has the Soyuz crew vehicle, China has the Shenzhou spacecraft, and NASA has SpaceX’s Crew Dragon. Moreover, within a few years, the US space agency should add the Orion spacecraft and Boeing’s Starliner capsule to its fleet of human spaceflight vehicles. India also seeks to develop and demonstrate a crewed transportation system to low Earth orbit within the next two years.

So where does that leave Europe?

She’s not any happier about being part of an also-ran team than these manifesto-writers are. In her case, though, it’s because all that money that could be lavished on a European space program is being frittered away on corruption.

I had the same reaction to this that I had when LM started putting cameras on the Shuttle External Tanks: “Why haven’t they been doing this cool thing all along?”

The departure of the heatshield was especially fun, as it’s exactly how I imagined the corresponding event in the prologue to “In the Shadow of Ares” (minus the unfortunate burn-through, obviously). 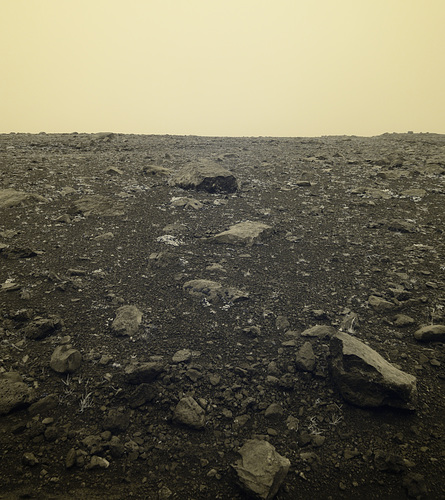 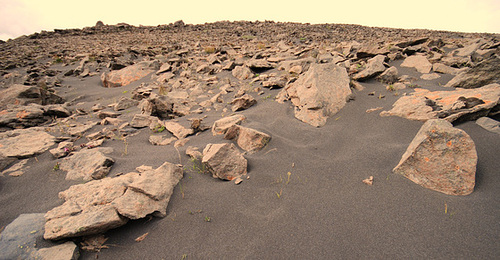 Apparently the folks at JPL have been playing with the Mars Odyssey Orbiter’s THEMIS camera, pointing it toward Phobos.

Starting Monday November 14, The National Geographic Channel is airing a 6-part miniseries about the first human mission to Mars in 2033.  You can set your DVR and wait, or watch the first episode on-line now, in addition to related digital shorts.

Based on my initial screening it appears to be a mix of documentary–including interviews with the likes of Elon Musk, Robert Zubrin and Andy Weir–and dramatization.

I recently attended a presentation about the BoldlyGo Institute, hosted by the Rice University Space Institute.  BoldlyGo is a “non-governmental, non-profit organization founded to address highly compelling scientific questions through new approaches to developing space science missions while engaging the global community in the quest.”  As presenters Dr. Laurie Leshin (Worcester Polytechnic President) and Dr. Jon Morse (BoldlyGo CEO) put it, they are trying to fill the science and exploration gap resulting from stagnant NASA funding.

Their first proposed mission, surprisingly, is a Mars sample return mission.  Sound too ambitious?   Maybe not.  I’ve posted about the welcome reset of expectations for Humans-to-Mars, with a shift to focusing on a Mars flyby as the initial near-term goal.   Similarly, BoldlyGo’s SCIM mission (“Sample Collection to Investigate Mars”) is a fresh alternative to the standard sample return missions that have never gotten off the drawing board.

With a baseline launch opportunity in August 2020, SCIM performs a daring high-speed atmospheric pass down to below 40 km altitude timed to coincide with seasonal Martian dust storms, collecting thousands of Martian dust particles from the atmosphere. After the sample collection pass at Mars, the spacecraft returns directly to Earth, where its precious, sterilized samples descend by parachute to the ground.

While the sample size will be small, it is anticipated that the particles collected will be representative of the ubiquitous Martian dust, and that back on Earth the dust can be subject to intense examination not foreseeable on a near-term robotic mission.  For the relatively low price of perhaps $300 million, that’s a lot of scientific bank for the buck.

At 2 PM Eastern today NASA will hold a briefing to discuss the latest findings regarding the fate of the Martian atmosphere.

In line with NASA’s recent focus on Humans-to-Mars, the agency announced a new contest to design structures on Mars using existing materials found on the planet.  The In Situ Resource Utilization Challenge  offers a $10,000 first place prize and two $2,500 second place prizes.

Of course, ISRU is a cornerstone of all practical Humans-to-Mars proposals, and it’s nice to see NASA embracing it.  Personally I’d like to see a near-term sample return mission with the return powered by fuel derived form the Martian atmosphere, a much bolder ISRU demonstration than some of the proposals currently under consideration for the Mars 2020 mission.

ISRU is so critical because it significantly lowers the cost and (if done properly) the risk of the mission.  As NASA indicates:

One advantage of using resources from the planet instead of bringing everything from Earth is the potential to save the agency more than $100,000 per 2.2 pounds (1 kilogram) of cargo each launch.

As for that $100,000, that’s gotta come down quite a bit, regardless of ISRU.  Of course the private sector is making great strides there already.

On Thursday NASA released a plan for getting humans to Mars, the 36 page Journey to Mars: Pioneering Next Steps in Space Exploration.

The document is definitely much more of a PR brochure than an actual mission plan, but of course this is for public consumption.

It is positive to hear NASA publicly proclaim, “Like the Apollo Program, we embark on this journey for all humanity. Unlike Apollo, we will be going to stay.”  It’s quite a reversal from a few years ago where even mentioning Mars seemed to be a taboo.

Unfortunately, this “plan” does differ from Apollo in other key areas: it lacks the political mandate, budget and timeframe to provide a reasonable chance at success, at least in our lifetime.  This isn’t NASA’s fault, of course; it’s a political reality that must be overcome.

Other problems include the plan’s attempt to justify past expenditures and accommodate other, irrelevant initiatives.  The role of ISS is certainly larger than it needs to be, asteroid capture is unnecessarily included, and apparently Solar Electric Propulsion will be playing a role.  Too many things that don’t have a lot to do with getting to Mars.

There’s also no mention of a Mars fly-by mission.  Such a mission would be achievable within NASA’s current budget and more importantly within two presidential terms.  It would also significantly advance and provide a real “proving ground” for many of the critical technologies mentioned in this document.  Maybe more important, it would likely boost the political and public support for a full blown Mars landing and settlement program in our lifetimes.  Hopefully a future version of this plan will move in that direction.

Earlier this month I attended the 18th Annual Mars Society Convention, held at the Catholic University of America In Washington D.C.  It was my 7th Convention in 15 years, and much the same as the others in terms of tone and attendance, but I came away from it feeling much more optimistic than I had after past meetings.

Highlights included a visit during the Saturday banquet, via Skype, by The Martian author Andy Weir.  It was fun to hear his perspective on his stunning success of late, and I have high expectations for the film adaptation premiering October 2, though I also had high expectations many years ago when Mission to Mars (blech) and Red Planet (meh) debuted.

What made me more hopeful this year was the sense of modest expectations and goals taking root versus the bold yet unrealistic aim of a full-blown Mars exploration program.  Despite Dennis Tito’s Inspiration Mars program fading with hardly a whimper, at least in terms of a 2018 launch, support for a near-term Mars flyby is growing and I expect there will be a major push for such a mission in the upcoming election cycle.

A Mars flyby would be a major achievement, again showing the world what America and its allies can accomplish.  While no landing would occur, most of the “dragons” raised to oppose a near-term mission (radiation exposure, long duration life support, psychological challenges, etc.) would be slain in a single mission.  Best of all, compared to other proposed missions, this one could be launched before the end of a president’s second term and could fit well within NASA’s current budget.

Or could it?  Is NASA too bloated and risk-averse to be entrusted with such a task?  Harrison Schmitt, who spoke at the conference as part of a Moon versus Mars debate with Robert Zubrin, advocated the scrapping of NASA in favor of a new, focused agency with an average age of under 30 like the NASA of the 1960s (the average age in Mission Control when Apollo 11 splashed down was 28).  That raises some very interesting questions.  How would this agency be created?  How would NASA be reduced or eliminated simultaneously, to justify it as an offset or a reduction?  Is it even politically feasible, or is it a necessity?

A common question about In the Shadow of Ares concerns whether the “Ares” of the title is connected to the NASA Constellation program. It isn’t. In fact, our use of the name precedes it’s adoption by NASA for it’s now-mostly-cancelled rocket family by at least two years.

In the backstory, the Ares Project is a series of joint US-Russian exploration missions to Mars, based on the “Mars Direct” plan developed by Robert Zubrin. Beginning in early 2025, a series of six missions were planned, of which five were ultimately carried out:

In our case, Ares is (like Apollo) the name of the program rather than a particular piece of hardware.